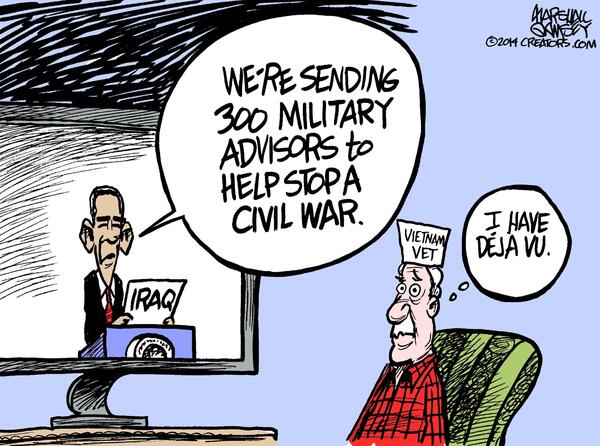 It’s been 10 months since everything changed.

The arrival of a global pandemic tipped everyday life into a long and almost surreal existence for most Americans.

Going to the movies, eating out, big weddings, working in a crowded office — all gone. Fourth of July fireworks shows, a no-go. Trick-or-treating, vanished. Thanksgiving dinners with extended family, gobbled up by the coronavirus.

What is typically the most festive season each year is poised to become another blank spot on the calendar. Especially since a new statewide stay-at-home order, which is expected to engulf Southern California any day now, will likely extend through the holidays, nixing family get-togethers and many of the season’s most loved community events.

But folks are determined, it seems, to create some hope and good cheer for the end of the year. And one way they are doing that is with trees. Though December is only a week old, there’s evidence to suggest there could be a run on real, fresh-cut Christmas trees, according to lot owners and the main national organization. To liven up a grim 2020, some new customers said in recent interviews, they are willing to forgo the easy-to-maintain, no-cleanup-required, store-bought trees for the aromatic-yet-ephemeral real thing.

“It’s been such a bad year for everyone,” said Michael Bell, the operator of the Hermosa Beach Kiwanis Christmas Tree Lot. “This is something good for a change, I really think people want to have a Christmas.”

The weekend after Thanksgiving, lots throughout Southern California saw hundreds of trees snapped up.

“It was just nonstop,” Bell said. “People are decorating early this year.”

The flood “took us all by surprise,” she said. “The old-school trees, they just bring back family traditions.”

The coming Christmas holiday appears to be providing some much-needed cheer for a pandemic-weary populace, with real trees a key part of that, said Marsha Gray of the Christmas Tree Promotion Board.

While there’s no hard data just yet, Gray said, the anecdotal information the national group has received points to a definite uptick in business.

“This year has thrown everybody a curve ball,” she said of the atmosphere that may be driving the push. “I know it’s anecdotal, but we are hearing from retailers and (tree) farms that were really tested (this year). Most are saying it was the biggest Thanksgiving weekend they’ve seen in years.”

“I think we’ve seen a lot of people switching over from fake trees to real ones this year,” said Claudia Thacker, who co-owns the lot with her husband.

And it’s not just steadfast consumers of real pine or customers returning to the fresh trees after years with fake ones. There are some first-timers too.

Crawford, who grew up in Long Beach but now calls Redlands home, had never bought a real tree — until this year.

“My fake tree is in the garage,” she said.

“We’re getting a real tree,” Crawford added. “2020 is a major bummer, there’s no other way to describe it.”

The reason for the surge in business for Christmas tree lots seems to vary by the customer.

Mallorie Kahanu, a longtime Orange County native who recently moved with her husband and two young children to Arizona, said her family has used an artificial tree most years. But this time around, Kahanu said, it seemed like the real thing was needed. For one, she said, it’s something fun for her kids to help with.

“The smell brings happiness,” Kahanu said about their reasons for the switch, “the kids getting to help pick the tree and feel the tree and knowing they can help take care of something.”

For Long Beach resident Corey Lee, a fresh-cut tree was a way to compensate for an isolated Christmas.

“It’s just me and my girlfriend this year,” Lee said. “We haven’t seen our families and (are) working from home; we don’t go out that much. So we thought we’d just try to immerse ourselves in a little holiday cheer, make our apartment smell like Christmas.”

Blake Shelton, owner of a Dana Point Christmas tree lot that bears his name, has seen a similar trend, with the coronavirus-imposed ban on travel feeding the “buy fresh” craze.

“I just think more families are together,” Shelton said, “and it makes sense to have a real Christmas tree.”

Of course, this being the year when nothing comes easy, buying a tree is a little different this season.

There’s social distancing and mask requirements, like everywhere else.

And some lots have tried to quell any concerns about contracting the virus – though the strategies have differed.

Santa & Sons in Valley Glen, for example, has opted for a drive-thru model, with trees loaded onto or into cars as shoppers remain in their vehicles.

Bell’s Hermosa Beach lot, meanwhile, has restricted the number of shoppers at busy times by using a fence for a waiting line. And the lot takes customers’ temperatures before letting them enter.

And several lots are doing delivery this year, including DeLuca Farm, a family-run San Pedro shop going on 30 years now.

“We’re doing a contact-less delivery,” said Michael DeLuca, who runs the shop with his wife. “We take a picture (of trees to pick from) and drop it off.”

Mr. Jingle’s Christmas Trees – which has locations in Torrance, Hollywood, West Los Angeles and Woodland Hills – also offers delivery, as well as online ordering, installation and tree removal as a way to help customers during the pandemic.

Thacker, who runs the lot in Long Beach, also said she’s tried to make things easier – and more cheerful – for customers, especially for those at-risk of developing severe coronavirus symptoms who may fear going out, such as seniors and those with underlying conditions.

“We’ve done a lot of over-the-phone orders,” Thacker said. “We even take videos and send pictures of the trees for them to choose from.”

The increase in people buying fresh trees, some operators said, has also provided a small-but-meaningful economic benefit – and in ways folks may not expect.

One perk of fake trees, besides the lack of sap, is that they tend to be cheaper, partly because you can reuse them.

But also because prices for real trees, Shelton said, have gone up by about 500% since he went into the business 10 years ago.

Artificial trees, Shelton said, are synthetic and often imported from overseas. Buying fresh ones helps out farmers in the Pacific Northwest.

And while folks can pick up fake trees at most major retailers, getting real ones often means supporting a mom-and-pop lot, Shelton said.

Then there are the jobs.

Bell, for his part, said he’s managed to use his lot to help out a few restaurant workers who lost their jobs because of Los Angeles County’s recent ban on in-person dining.

Four workers from Patrick Malloy’s, an Irish pub in downtown Hermosa are, for example, now preparing and loading trees for customers at the Kiwanis lot, which donates proceeds to community groups.

“A friend of mine is a manager (there) and she called me right away and said, ‘Are you hiring?’” said Ball, whose regular special events business has also been hurt by a ban on gathering. “I said, “Yeah, I’ll make room for you; come on in.’

“Then she asked if I had any more openings,” Ball added. “We were so busy I told her to call them and three more showed up. So I have four (furloughed) restaurant employees who now have jobs.”

And so it goes in the season known for celebration and sharing.

“This lot is keeping my business alive,” Bell said. “It’s keeping some restaurant workers working and it’s giving back to the community.”

Sign up for The Localist, our daily email newsletter with handpicked stories relevant to where you live. Subscribe here.