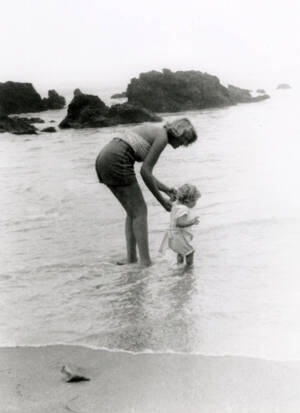 Irvine Cove is arguably California’s most prestigious coastal address. Located in the northernmost end of Laguna Beach, Irvine Cove is a 24 hour guard-gated oceanfront enclave of approximately 110 homes. A distinctly relaxed and refined atmosphere pervades, with all the residences situated within a short distance of its scenic and private cove.

History: The Cove is named after James Irvine I, founder of the Irvine Ranch, which once occupied more than 110,000 acres of prime Orange County real estate. Many of the Irvine family descendants grew up on the beach at Irvine Cove and some still call it home today. However in 1958, Irvine Cove went from being a family compound to an exclusive beachside neighborhood. Today it is home to many of the area’s most influential business leaders, philanthropists, doctors, successful entrepreneurs, and real estate developers.

How the Community has Evolved: Native American Indians such as the Juanenos and Gabrielinos once dove and fished the fertile waters off Irvine Cove. Today, it remains a beautiful spot for snorkeling, skin and scuba diving, spear fishing, surfing and sunbathing. It’s also the location of Orange County’s most sought after and expensive real estate. Entry level prices into the community start out around $4.5 million and exceed $40 million on the high end.  The most coveted properties in the community are the five “front row” homes that sit right above the beach, all of which have direct steps to the sand. After your first visit, you’ll understand why Irvine Cove is Orange County’s most premier address.

Bordered By: Irvine Cove is bordered by rolling green hills and nature preserve land to the east, the private beach community of Emerald Bay to the south, the shimmering blue Pacific Ocean to the west, and El Morro Canyon & Crystal Cove State Park to the north.

Homes: Many different architectural influences and styles exist in the community including Contemporary, French, Mediterranean, Tuscan and Traditional, however, the original homes were built in the 1960s, so there is still a mid-century modern architectural flair that resonates throughout the community.

Community Features/Amenities/Special Events: Residents of Irvine Cove regard the community for the security and the privacy it affords them. They also enjoy the benefits of having a secluded private beach complete with sand volleyball courts, a playground and showers. Other notable amenities include a tennis court and several grassy parks – one of which lies directly above the beach.