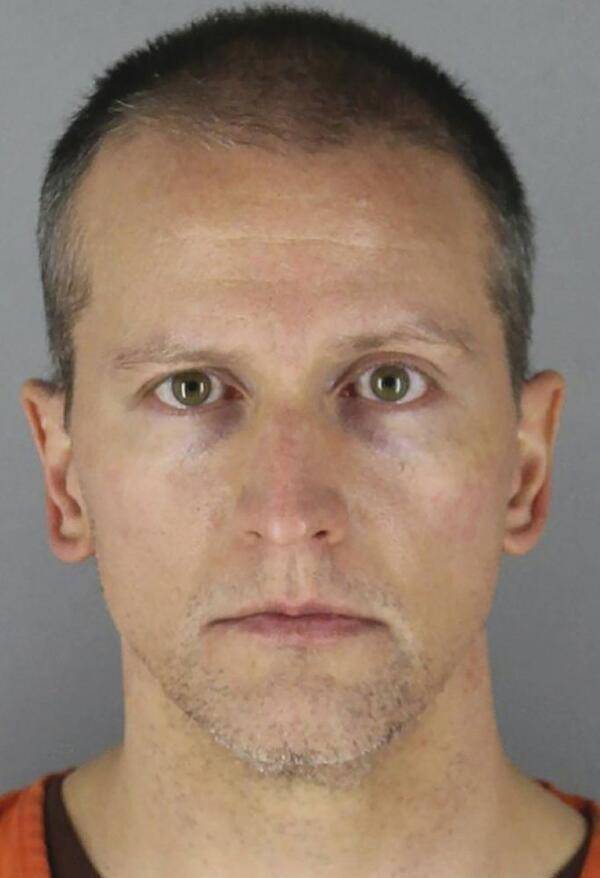 MINNEAPOLIS — The trial of a former Minneapolis police officer charged in George Floyd’s death is underway.

The judge briefed the jurors on their duties ahead of opening statements Monday in the case that sparked waves of outrage justice across the U.S. and beyond after bystander video showed Derek Chauvin press his knee to Floyd’s neck for about nine minutes.

Legal experts said they expect prosecutors to play the video to the jury early on to remind jurors of what is at the heart of their case.

Floyd family attorney Ben Crump said outside the courthouse ahead of opening statements that the trial would be a test of “whether America is going to live up to the Declaration of Independence.”

Prosecutors have not said when they will play the video, but legal experts expect it to be early — maybe even in the prosecution’s opening statement — as they seek to remind jurors of what is at the heart of their case.

“If you’re a prosecutor you want to start off strong. You want to frame the argument — and nothing frames the argument in this case as much as that video,” said Jeffrey Cramer, a former federal prosecutor and managing director of Berkeley Research Group in Chicago.

Floyd, 46, was declared dead after Chauvin, who is white, pressed his knee against Floyd’s neck for about nine minutes. He held his position even as Floyd’s “I can’t breathe” cries faded and he went limp as he was handcuffed and lying on his stomach. Chauvin, 45, is charged with unintentional second-degree murder, third-degree murder and manslaughter.

Almost all of the jurors selected during more than two weeks of questioning said they had seen at least parts of the video, and several acknowledged it gave them at least a somewhat negative view of Chauvin. But they said they could set that aside.

Outside the courthouse Monday ahead of opening statements, Floyd family attorney Ben Crump said the trial would be a test of “whether America is going to live up to the Declaration of Independence.” And he blasted the idea that it would be a tough test for jurors.

“For all those people that continue to say that this is such a difficult trial, that this is a hard trial, we refute that,” he said. “We know that if George Floyd was a white American citizen, and he suffered this painful, tortuous death with a police officer’s knee on his neck, nobody, nobody, would be saying this is a hard case.”

The trial is expected to last about four weeks at the courthouse in downtown Minneapolis, which has been fortified with concrete barriers, fencing, and barbed and razor wire. City and state leaders are determined to prevent a repeat of damaging riots that followed Floyd’s death, and National Guard troops have already been mobilized.

The key questions at trial will be whether Chauvin caused Floyd’s death and whether his actions were reasonable.

After jury instructions, prosecutors will begin with their opening statement, providing a road map of their case and telling jurors what they can expect to see at trial, said Mike Brandt, a local defense attorney who is watching the case closely. They’ll outline what’s to come, highlighting key witnesses

Chauvin’s defense attorney, Eric Nelson, will likely use his opening statement to push back on what prosecutors say, and tell jurors that medical testimony and use of force experts will show a different view. Nelson has made clear that the defense will make an issue of Floyd swallowing drugs before his arrest, seeking to convince the jury that he was at least partially responsible for his death.

The county medical examiner’s autopsy noted fentanyl and methamphetamine in Floyd’s system, but listed his cause of death as “cardiopulmonary arrest, complicating law enforcement subdual, restraint, and neck compression.”

Prosecutors are expected to play the bystander video early, because they will want to put the image of Chauvin with his knee on Floyd’s neck in jurors’ minds.

“It sets the stage for anything to follow,” Brandt said. “No matter what happens after that, we’re done.”

He said that while the video is key, the case is really going to be a battle of experts on authorized use of force and cause of death.

Cramer agreed the video gives the prosecutors some “firepower,” but said it’s not going to be where the case is fought. He said people know Floyd died, but the key point of dispute is going to be why it happened and whether Chauvin acted reasonably in that moment.

“Obviously the result was tragic, but were the actions reasonable at that time for that officer,” he said.

The defense, he said, only needs one juror to believe prosecutors didn’t prove their case beyond a reasonable doubt.

Fifteen jurors will appear in court Monday when the case starts, but Hennepin County Judge Peter Cahill said the 15th was chosen simply to ensure that 14 would be in place once the trial begins. He’s expected to dismiss that person immediately.

Two of the remaining 14 will be alternates, but the court hasn’t made clear which ones.

The panel of 15 includes nine people who are white and six who are Black or multiracial, according to the court. Jury selection took more than two weeks, as jurors were questioned individually about their views on police, racial justice issues and pretrial publicity in the case.

On Sunday night, national civil rights leaders appeared at a prayer service alongside several of Floyd’s family members. Several dozen attendees congregated in the benches at Greater Friendship Missionary Church. The speakers called for justice in Floyd’s death, mirroring the words spoken by leaders during a protest earlier Sunday in downtown Minneapolis.

“This case to us is a slam dunk, because we know the video is the proof, it’s all you need,” Floyd’s brother Philonise said Monday on NBC’s “Today” show. “The guy was kneeling on my brother’s neck … a guy who was sworn in to protect. He killed my brother in broad daylight. That was a modern-day lynching.”