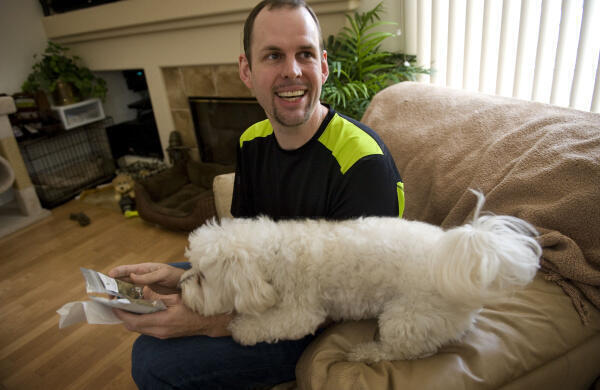 The pandemic messed up child care in Orange County; that problem is about to hit home

As the pandemic eases and working parents return to traditional schedules, thousands of families in Orange County will grapple with a long-standing tough question that’s become much trickier in the past year — who’s going to watch the kids?

At least 29 child care centers and 107 home-based programs closed in Orange County during an 11-month window starting in March of 2020, reducing the number of local child care slots by 3,300, according to data gathered by First 5, the county’s Children & Families Commission.

But those numbers are only the most visible part of a troubling picture.

The pandemic also disrupted an untold number of informal arrangements parents made with relatives, neighbors and friends who represent the likely bigger unlicensed side of child care, said Kim Goll, First 5 president and chief executive officer.

Taken together, the disruption in the county’s child care landscape makes it hard to determine how families — and providers — will fare as parents return to workplaces or start new jobs with coronavirus case counts continuing to drop and the economy opening up.

Goll suspects the informal arrangements that parents once relied on may represent the more substantial loss. But, she said, because those providers are under the radar, the impact the pandemic has had on that segment of child care is “something we won’t really ever fully understand.”

Child care providers who have been barely hanging on are hoping for a resurgence.

Diana Rondon, who runs Tippy Toes Family Daycare from her home in Anaheim, has been holding spots for two families with four children between them. During the pandemic they’ve brought their children to her occasionally, when they go on job interviews, and she hoped they would return to everyday care soon.

“Ideally, once they go back to work, they will bring their kids back,” said Rondon, who has operated Tippy Toes for nine years and is licensed to care for up to eight children, from newborn to age 12.

In March, only three children were at her home on a full time basis. Her husband, a veterinarian, is covering part of her business expenses. A government program pays for the care of the children who are at Tippy Toes now, but at less-than-market rates, Rondon said.

“The government programs help us to break even or go a little bit above even,” Rondon said, “whereas, with our (normal) rates, we would make a little profit.”

Goll said First 5 is working with the nonprofit Children’s Home Society of California to get word out about openings at family daycare businesses like Rondon’s, which don’t have the money to promote themselves the way larger centers might. One of Children’s Home Society’s responsibilities is to provide parents with childcare resources and referrals in Orange County and the greater Long Beach area.

“First 5 is trying to drive families to their phone line,” Goll said. “We’re reminding them that this is part of their full scope of work.”

Parents who aren’t eligible for government-subsidized child care will benefit the most if Children’s Home Society can serve as a sort of matchmaker for them, connecting parents with home-based providers in a market that has recently been disrupted, she said.

But a campaign to let families know about the service is needed. Typically, the first place parents think to call is their local school district, Goll said.

“I’m not sure how many parents without subsidies would know to call Children’s Home Society.”

For parents who have not used child care before, the search can been that much more daunting.

Linda Ayala is new to the workforce after a five-year hiatus as a stay-at-home mom. She landed a job in March in customer service with the Toll Roads of Orange County that requires a commute from home in Anaheim to Irvine. Her children are 12 and 3.

Her oldest, in junior high, will return to on-campus classes in April. She has the children’s grandmother to lean on, but was thinking about putting her youngest in day care. That idea sparks worries about exposure to the coronavirus, the number of children at a site, and money.

She started poking around online, unsure how to search for care.

“I wouldn’t know where to begin,” Ayala said. “What would be my best option?”

Janette Martinez’s family has been surviving on her husband’s income. She was laid off from her job as a human resources manager because of the pandemic and decided to take online college courses while at home, juggling her own school work with her teenage children’s virtual learning.

Her son, 18, is a senior in high school in Anaheim, and her daughter, 13, attends a public charter school in Anaheim Hills. The family lives in Orange. Martinez is the family chauffeur, which includes taking her son to football practice. With reduced household income, they can’t afford the insurance for him to drive.

Meantime, she’s pursuing a degree in business economics, partly because companies are now requiring a higher level of education for the type of position she once had. If and when she starts attending class on campus, or if she gets a new job, Martinez is not sure how that will work out between the transportation and her youngest needing some monitoring to stay focused on schoolwork if Martinez isn’t there.

“I’m a pretty calm person, but I have a little bit of anxiousness,” she said. “It’s like, what’s going to happen?”

Beyond the typical trust issues involved when someone else is involved in the care of your children, Martinez worries how potential care providers handle the protocol to prevent the spread of coronavirus.

“What is their perspective on COVID? Do they care? Do they not care? Who have they been around?”

As of Wednesday, March 31, Orange County’s status in the state coronavirus classification system shifted to the less restrictive orange tier. At the Boys & Girls Clubs of Tustin, that change prompted careful calibrations to determine just how many more children can be accommodated in their child care program.

Pre-pandemic, the club could serve 250 children, said Jamie Serrano, the clubs’ chief executive officer. The capacity was more than cut in half with social distancing and the safety practice of keeping children in the same small groups, or cohorts, that don’t interact with each other.

Under previous guidelines from the California Department of Public Health, the club determined capacity based on 10 groups of 14 kids per cohort. The number of children — whose parents were essential workers or first responders — has stayed mostly steady throughout the pandemic. But just a little over a week ago, the cohort guidelines were loosened for counties in less restrictive colored tiers.

“The size of some rooms only support a certain amount of children per program area, so we are trying to determine if we can increase cohort size to increase capacity,” Serrano said Wednesday.

“We are anticipating that we will be able to increase our capacity, but very gradually.”

With summer approaching, always a popular time for sending kids to Boys & Girls Clubs — and what Serrano called “a huge uptick” in calls from parents since the beginning of March — Serrano expects space limitations to be a deepening issue as long as COVID-19 guidelines remain in place. Most of the calls, she said, have come from parents of elementary school-age children.

“Kindergarten through third grade is 90 percent of our kids right now,” Serrano said.

Serrano is working with a neighbor, the nonprofit Assistance League, to use space it is offering for free at a site down the street from the club. But she said even with the added space, the costs of providing enough staff to supervise the kids, along with sanitizing and cleaning supplies, is another challenge.

“What comes first, the kids or the staff? If we have staff and no kids, we’re paying for that anyway,” Serrano said. “If we have kids and no staff, that’s not good either.”