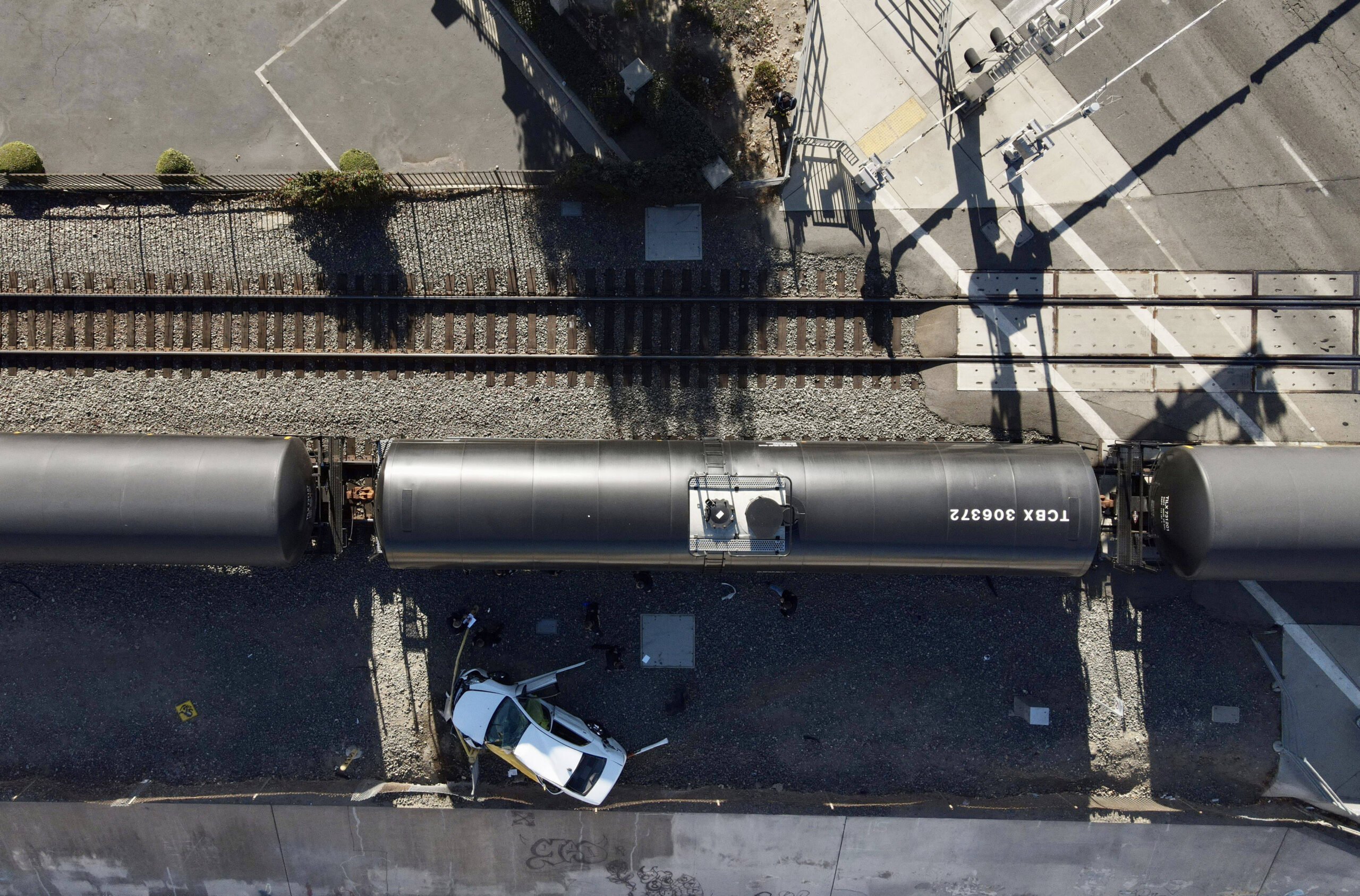 Driver dies after crashing into passing train in Santa Ana

A driver perhaps trying to get around railroad crossing gates in Santa Ana on Monday, Dec. 21, died after his car slammed into a passing freight train, authorities said.

It was about 12:40 p.m. when authorities were called to the crash, at Grand and Hunter avenues, according to Santa Ana police.

“It looks like (the driver) was trying to go around the track gates that go down, and hit the train,” Sgt. Carol Salvatierra said.

After the collision, a white Chevrolet sedan sat near the tracks, appearing to have been dragged by the black tank train that was now stopped next to it.

The driver died at the scene, Salvatierra said.

Cpl. Anthony Bertagna said the driver, the lone person in the car, appeared to be a middle-aged man.

“Witnesses saw the driver parked in a lot right next to the tracks for about 15 or 20 mins before,” Bertagna said. “So investigators are looking at video and looking into whether this could have been an intentional act.”

The driver hit the front part of the train.

Bertagna recalled that Monday’s crash happened in the same spot as one earlier this year.

In January, a 61-year-old man driving a car apparently got stuck between the crossing arms and a passing train. The driver then accelerated and was hit and killed by a train coming from the opposite direction.